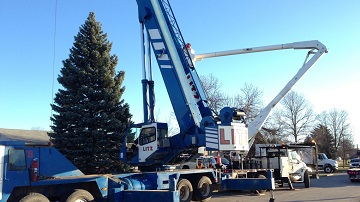 CTV News reports that a Winnipeg man who lived a lavish life, spending millions of dollars on jewelry, clothes, electronics, and cars, has pleaded guilty to defrauding his former company over $4 million.

Peter Ramdath, the former chief financial officer for the local company Litz Crane & Rigging, voluntarily pleaded guilty to one count of fraud over $5,000 in Provincial Court on Wednesday.

Ramadath’s lawyer, Richard Wolson said the man used his “position of trust” in the company to defraud them in excess of $4.2 million.

“You’re pleading guilty because you actually did it, is that correct?” Judge Keith Eyrikson asked Ramdath in court on Wednesday.

As CTV News Winnipeg previously reported, according to police Ramdath used “deceptive strategies” to convert company money for his own personal benefit over a five-year period from 2012 to 2017.

He was arrested on Jan. 24, 2019 after police searched an East St. Paul home, seizing financial documents and luxury items.

He was faced with a number of charges including theft over $5,000, falsification of books and documents, and two counts of fraud over $5,000 and laundering proceeds of crime.

Wolson said Ramdath is pleading guilty to the charge of fraud over $5,000, and in turn, the Crown will stay the other charges, and not proceed with any legal action against his wife.

The trial has now been adjourned until June 11 for sentencing.