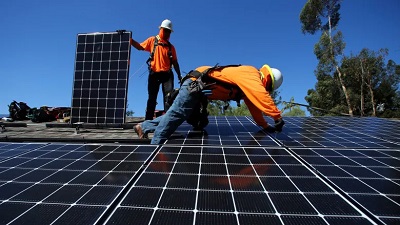 Winnipeg councillors urged to be cautious about adopting solar technologies

As reported on CBC News, an engineer urged Winnipeg city councillors to “move ahead cautiously” on solar power investments.

Robert Parsons, who has been working with his students at the Asper School of Business on a review of the economics of solar compared to other energy sources, said it is “not economical to go down this path.”

He presented his advice on Monday to councillors on the innovation committee, which is looking at options for the use of solar energy for park and street lighting, charging stations and powering buildings.

Manitoba has statistically the lowest energy prices in North America and the province will soon be awash in more electricity, Parsons said.

“When Keeyask comes on board, we will have a lot more electricity than we’ll know what to do with,” said Parsons about the 695-megawatt generating station under construction in northern Manitoba that’s expected to be completed in 2022.

Not only does Manitoba have megawatts of hydro power to spare, Parsons said it is a very clean source of power that is delivered with low greenhouse gas emissions.

The city is hunting for ways to become greener. The Winnipeg Climate Action Plan, approved by city council last fall, set out targets for medium- and long-term reductions on greenhouse gas emissions.

To meet those targets the city must wean itself off some of its fossil fuel use.

A few Winnipeg buildings owned by the city already employ some solar technology to lower the use of natural gas, including Cindy Klassen Recreation Complex, Sergeant Tommy Prince Place and Elmwood Kildonan Pool.

Parsons did acknowledge there are some smaller applications for solar systems that the city could consider worthwhile, such as using solar power at crosswalks.

The city currently has at least one system in place to provide energy from the sun for a crosswalk and is considering more.

“What you are doing is balancing the installation cost at that site to the cost of wiring it up and that has to be looked at,” said Parsons. “In some instances it is not going to be economical and it might be in others.”

There is no magic book to guide councillors on when solar would trump hydro-powered systems, Parsons said, but it is worth looking at on a case-by-case basis.