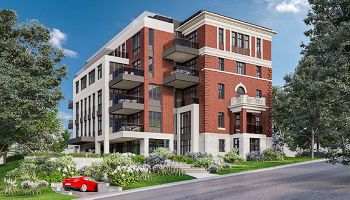 As reported on Global News, a group of Westmount residents is fighting a development project that will turn an old building, located at the corner of Claremont and Windsor avenues, into high-end apartments.

“We’re not saying don’t develop it,” said Elizabeth Currie, who is leading the fight.

The group opposes the city’s approval to grant zoning exemptions to the building’s developer, which they say will increase its height and width and cause more traffic and noise.

Frank Philpott, who lives nearby, has been against the project since day one.

“We were upset with it from the beginning because [the building] is far too big,” he said.

A total of 122 signatures were needed on the registry for the city to consider calling a referendum, but only 77 people showed up to sign.

“We are very unhappy that the registry was done during the construction holiday,” Currie said, adding that they would pursue the battle.

This is the group’s second attempt. In January 2018, when the city first approved the developer’s proposal, 85 residents signed the registry — 37 signatures below the amount required to trigger a referendum.

The city originally granted the developer the right to build at the current height, even if it is higher than the area’s zoning allows for.

Watch the news video and continue reading on Global News