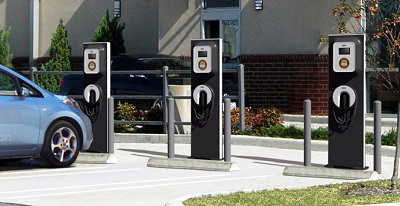 A City of Vancouver proposal to ensure all parking spots in new condo buildings are equipped with charging stations likely won’t boost the selling price of the units.

City council on Wednesday is scheduled to vote on a staff recommendation to mandate that the number of electrical charging stations jump to 100 per cent from 20 per cent of all stalls, at a cost of $300 per stall, according to the staff report.

“That adds to the cost of the building,” said Anne McMullin, CEO of the Urban Development Institute, which represents developers. “There’s always a consequence for whatever you add to the buildings.”

But she said the cost isn’t expected to increase the selling price to homebuyers because technological improvements to the charging units allow the developer to deliver more electricity to more stalls without a significant outlay of cash for the infrastructure.

“And they’ve grandfathered older buildings” and the change will affect only buildings for which building permits are issued after Jan. 1, 2019, if council accepts the recommendations.

The new electrical vehicle energy management system behind the individual charging stations reduces the amount of electricity required to run the chargers and it’s less expensive to install to 100 per cent of the stalls than to just 20 per cent of the stalls, said Ian Neville, the city’s policy analyst who wrote the report on EV charging stations.

He said the proposal to install EV-ready stalls in new residential buildings hasn’t met any opposition, and the condo owners association has been requesting more outlets.

Some developers have been providing more EV charging stations in new buildings than the 20 per cent required by law, with some at 100 per cent, said Neville.