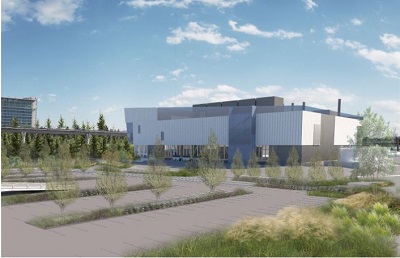 As reported in Richmond News, the biggest building in the province, YVR in Richmond, will get a new heating and cooling system that will include one of the largest geoexchange systems in the country.

The Vancouver International Airport is building a Central Utilities Building (CUB) on the airport’s former value parking lot with a geoexchange system, a heating/cooling system that uses the earth’s renewable energy found just below the surface, integrated throughout the airport to heat and cool the airport’s structures.

“We think it’s going to reduce our green-house gases significantly,” said Craig Richmond, president and CEO of the Vancouver Airport Authority. “We’re looking for a minimum 40 per cent for the airport carbon footprint.”

This year, construction projects at the airport will total about $700 million, Richmond said.

The Central Utilities Building is expected to cost about $360 million, although that might go up because of inflation and the rising cost of steel, according to an airport spokesperson. In conjunction with the CUB and the geoexchange system, a new parkade is being constructed, totalling about $578 million, one of the largest projects the airport has undertaken.

The airport authority needed to replace the heating/cooling plant, and decided to spend approximately $30 million more to make it a geothermal system, Richmond said.