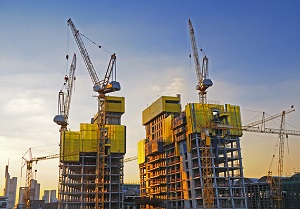 U.S. construction spending unexpectedly fell in October as investment in private projects tumbled to its lowest level in three years, offering a cautionary note on the economy despite a recent string of upbeat reports.

The Commerce Department said on Monday construction spending dropped 0.8%. Data for September was revised to show construction outlays declining 0.3% instead of rising 0.5% as previously reported.

The report came on the heels of recent upbeat October data on the goods trade deficit, housing and manufacturing that led economists to boost their gross domestic product estimates for the fourth quarter.

The second straight monthly drop in residential construction is despite lower mortgage rates.

Mortgage rates have declined as the Federal Reserve has cut interest rates three times this year, softening the hit on the economy from a 16-month trade war between the United States and China, as well as slowing global growth.

Spending on private nonresidential structures, which includes manufacturing and power plants, plunged 1.2% in October to the lowest level since January 2018.