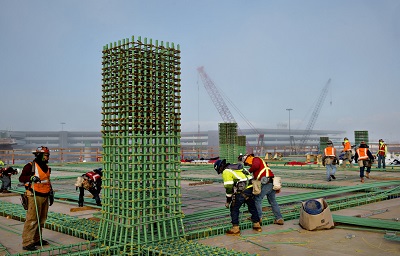 As published in the New York Times, President Trump’s $200 billion plan to rebuild America upends the criteria that have long been used to pick ambitious federal projects, putting little emphasis on how much an infrastructure proposal benefits the public and more on finding private investors and other outside sources of money.

Unveiled on Monday, the infrastructure program that Mr. Trump has championed since the campaign is intended to attract a huge amount of additional money from states, localities and private investors. The goal is to generate a total pot of $1.5 trillion to upgrade the country’s highways, airports and railroads.

Those financial priorities are crystallized in the new guidelines established by the White House. The ability to find sources of funding outside the federal government will be the most important yardstick, accounting for 70 percent of the formula for choosing infrastructure projects. How “the project will spur economic and social returns on investment” ranks at the bottom, at just 5 percent.

In this new competition for federal funds, a plan to, say, build a better access road for a luxury development — a project with the potential to bring in more dollars from private investors — could have a strong chance of getting the green light. By comparison, a critical tunnel overhaul that has trouble getting new money might not be approved.