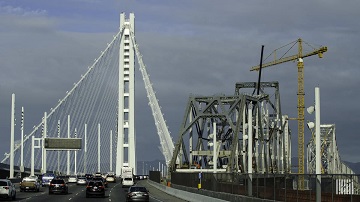 President Donald Trump is requesting an $810 billion, 10-year reauthorization of surface transportation programs as part of $1 trillion in direct federal spending on infrastructure over the next decade.

The White House proposal falls well short, on an average annual basis, of the five-year, $760 billion transportation reauthorization strategy recently unveiled by House Democrats but would be more, on average, than the Republican-led U.S. Senate proposal of $287 billion over five years, which Trump pledged to support during his recent State of the Union address.

“We applaud the Senate for reporting out their bill in a bipartisan manner. We worked very closely with them on this proposal,” Federal Highway Administrator Nicole Nason told reporters after the budget was released. “We believe a 10-year proposal gives greater optionality for states for planning their projects.”

As part of the plan, the Federal Motor Carrier Safety Administration (FMCSA) would receive a 3.8% increase (to $403 million for 2021) in contract authority for Motor Carrier Safety Grants, which provide funding for states for roadside inspections and safety audits on new carriers. FMCSA would also receive a 3.8% bump (to $299 million for 2021) for operations such as its Compliance, Safety and Accountability Program.