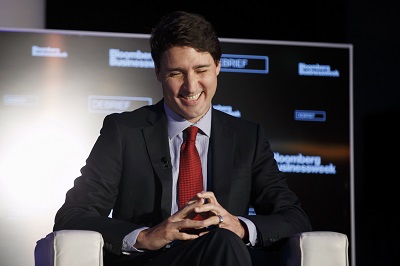 Canada Prime Minister Justin Trudeau says “Australian colleagues” told his government about the challenges of allowing the Chinese to buy engineering companies before it made the decision to last week reject a bid by a unit of China Communications Construction Co. to purchase Toronto-based Aecon Group Inc.

Trudeau revealed, however, that Canada spoke with unidentified Australians about Chinese acquisitions of engineering firms — likely a reference to the recent Chinese purchase of Australia’s John Holland Pty. Ltd., a case analysts have cited as comparable to the Aecon bid.

“Having spoken with some Australian colleagues about the challenges that they faced with similar purchases by the Chinese of engineering firms, certainly highlighted to us the potential for challenges with this one,” Trudeau said in Toronto.

He didn’t specify if the Australians that Canadian officials spoke to were government officials. Australian Foreign Minister Julie Bishop declined to answer a question on whether officials from her government briefed Trudeau on the issue, saying in an email that “Canada is a sovereign country and questions of foreign investment are a matter for Canada.”

The move by Canada was the latest by Western nations including Australia who are citing national security concerns to halt planned investment from Chinese companies. It also comes amid an increasingly fraught relationship between Australia and its biggest trading partner, China, that’s led to media reports of a diplomatic freeze imposed by Beijing. In addition, Trudeau is looking to strike a deal with the U.S. and Mexico to update the North American Free Trade Agreement. U.S. President Donald Trump has rejected several Chinese takeovers.