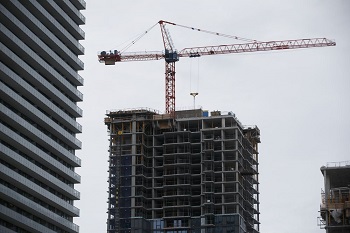 Builders in Toronto’s frenzied condo market are walking away from giant towers they have pre-sold, reflecting a rougher road to profits — and leaving buyers in the lurch.

Soaring construction costs and condo values in Canada’s largest city, where prices have surged amid a booming economy and strong immigration, have spurred developers to cancel projects they started when construction was cheaper and pre-sales were less lucrative. Condo prices have increased about 20 percent since February of last year, according to the Canadian Real Estate Association.

“Many projects launched for pre-sales prior to having their proper approvals in place,” Shaun Hildebrand, a senior vice president at Urbanation Inc., said. “By rushing to bring units into a hot market, some projects jumped the gun and added risk to the development.”

According to Urbanation, which studies the Toronto condo market, there are 10,622 condo units in the greater Toronto area that were offered for pre-sale before 2017 and still await construction. Since the start of last year, 17 projects, with 3,627 units, have been canceled in the region, according to real-estate-services firm Altus Group Ltd. That’s up from seven projects, with 808 units, in 2016.