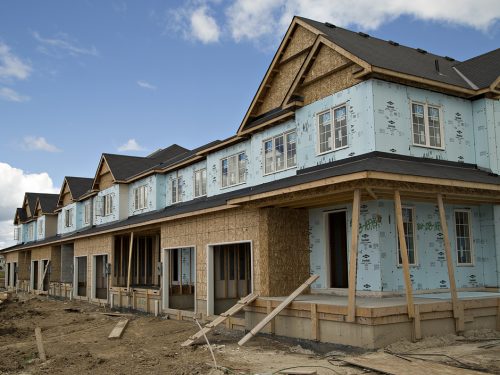 Tighter building codes are Ottawa’s next climate target — and it could cost homeowners up to $35,000

Natural Resources Canada is currently in consultations to implement stricter building models to meet significantly higher energy efficiency standards — a change that could force homeowners to use costlier materials during renovations, and raise the average price of new homes overall, according to government officials and business associations.

Philip Rizcallah, the director of research and development at National Research Council Canada, said in a senate committee meeting on Oct. 19 that the cost to build an average new home could rise substantially to meet the updated building models.

“With a typical home, we could estimate it would be about a $35,000 increase on that construction,” Rizcallah said.

“But we’ve also heard numbers half of that already,” he said, adding some have said it would cost $15,000 to make improvements and build a home to meet the net-zero requirements.

The changes could mean homeowners would have to meet stricter building codes during renovations, such as installing heavier grades of insulation, sealing off windows and doors or installing more energy-efficient appliances.

Business associations and some homebuilding companies have cautioned against phasing in the changes too quickly, which would force people to install expensive new technologies before they are part of the mainstream. The changes would make federal building guidelines much more focused on energy efficiency, marking a significant shift from past models that focused more exclusively on safety and cost.

“You’re talking about $30,000, $40,000, $50,000 on top of the price of an existing home to meet the targets that they’re setting out. Our concern is always what this will mean for affordability,” said Kevin Lee, the CEO of the Canadian Home Builders’ Association, noting that while he supports the general intention behind the policies, there is some uncertainty, particularly around tighter codes for existing structures. He also stressed that the policies are in their early stages.