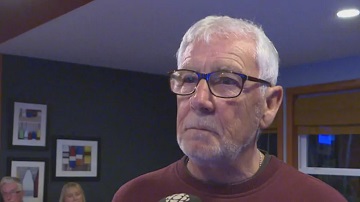 A request for proposals has been issued for the design and cost of a 6,000 square-foot administrative building for the municipality of Three Rivers.

“The architects will look at too, if there is a possibility of adding council and chambers to the space,” MacAulay said.

“Will there be enough office space for the mayor and, or you know, councillors to meet people or whatever? We are just looking at the possibilities right now.”

Montague town hall was destroyed in a fire in 2018 and staff have been working out of offices in a trailer in Montague and municipal offices in Georgetown.

MacAulay said the property where the old Montague town hall used to be is likely the best spot for the new municipal office building.

“It might end up being the best location. You know, we don’t know that just yet,” he said.

Three Rivers encompasses the boundaries of the Montague, Georgetown and Cardigan fire departments. Under amalgamation there need to be administrative offices in both Georgetown and Montague, MacAulay said.

MacAulay said even though a new building will be constructed, the question of where a town hall will be located has not been worked out.

It could take some time for a new building to be built, so the town is hoping to finalize a deal for temporary rental space in Montague soon, so staff won’t have to spend another winter in the trailer, MacAulay said.

“We need something that suits us temporarily,” he said.