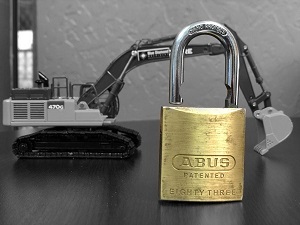 For the week of Sept. 13 to 26, Mounties have identified criminal activity taking place in the area of North Road in the west to Hailey Street in the east, and from Chapman Avenue in the north to Smith Avenue in the south.

“Most construction sites are aware you have to be careful of things of value,” said Cpl. Michael McLaughlin, RCMP spokesperson, but he said in recent days, thieves stole a ladder from a construction site and broke into a storage facility.

Police have been reminding builders to be extra careful as thieves are looking for opportunities to pick up light, but expensive, tools to sell for a quick buck.

To protect their equipment, construction companies are encouraged to lock up their materials and, in some cases, McLaughlin said, companies are being proactive by hiring security guards to look after the property.

In addition to break-ins to construction sites, RCMP have noted a criminal activity in residential areas as well, with break-ins, theft of autos and theft from break-ins among the concerns.