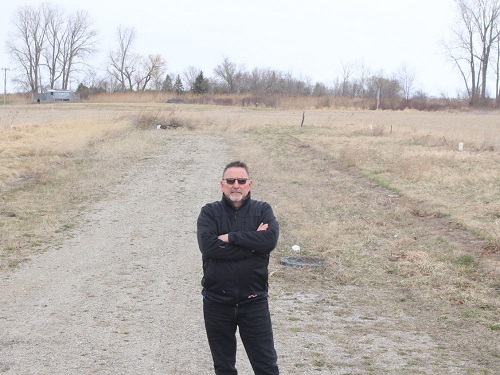 There’s a residential building boom – Except in this one town

A house-building boom across Chatham-Kent, and much of Southwestern Ontario, is leaving out one town – Wallaceburg, with not a single subdivision under construction.

The snag? The owners of the majority of land designated in the town for residential development aren’t interested in selling or developing it.

While Marion Bruinsma and her brother Andrew developed the first phase of the Bruinsma subdivision on the northeast side of Wallaceburg 45 years ago, there hasn’t been a new home built there in years.

Now, a few roads in the subdivision abruptly end at land that’s being farmed.

Bruinsma also owns two large tracts of land in the northwest area of Wallaceburg, including a large property next to a subdivision near the town’s hospital. Both those properties are zoned for future residential development, but are being farmed.

The situation is leaving the town’s developers, realtors and municipal officials frustrated.

Developer Todd Gilhuly said he’s contacted Bruinsma several times to try to discuss developing the rest of the subdivision but has gotten nowhere.

And he’s not alone: “Multiple people have tried to buy it,” he said.

Gilhuly said the unfinished Bruinsma subdivision and the land behind the hospital are prime locations for new homes because there are schools in those areas.