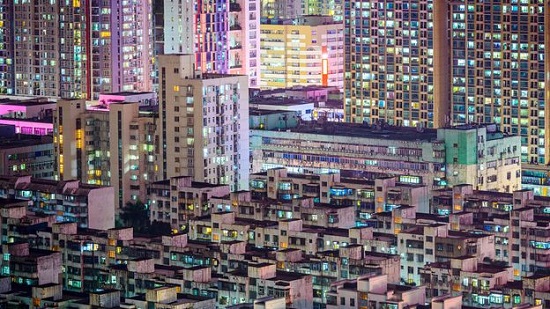 The hidden ways that architecture affects how you feel

As more of us flock to urban living, city designers are re-thinking buildings’ influence on our moods in an era of “neuro-architecture”.

“We shape our buildings and afterwards our buildings shape us,” mused Winston Churchill in 1943 while considering the repair of the bomb-ravaged House of Commons.

More than 70 years on, he would doubtless be pleased to learn that neuroscientists and psychologists have found plenty of evidence to back him up.

We now know, for example, that buildings and cities can affect our mood and well-being, and that specialised cells in the hippocampal region of our brains are attuned to the geometry and arrangement of the spaces we inhabit.

Yet urban architects have often paid scant attention to the potential cognitive effects of their creations on a city’s inhabitants. The imperative to design something unique and individual tends to override considerations of how it might shape the behaviours of those who will live with it. That could be about to change.

“There are some really good [evidence-based] guidelines out there” on how to design user-friendly buildings, says Ruth Dalton, who studies both architecture and cognitive science at Northumbria University in Newcastle. “A lot of architects choose to ignore them. Why is that?”

Today, thanks to psychological studies, we have a much better idea of the kind of urban environments that people like or find stimulating

Last month, the Conscious Cities Conference in London considered how cognitive scientists might make their discoveries more accessible to architects. The conference brought together architects, designers, engineers, neuroscientists and psychologists, all of whom increasingly cross paths at an academic level, but still rarely in practice.

One of the conference speakers, Alison Brooks, an architect who specialises in housing and social design, told BBC Future that psychology-based insights could change how cities are built. “If science could help the design profession justify the value of good design and craftsmanship, it would be a very powerful tool and quite possibly transform the quality of the built environment,” she says.