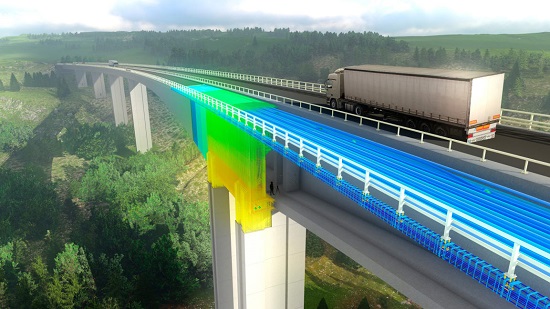 The 2,000-foot bridge was constructed without a single drawing

Soaring above a forest outside of Oslo, Randselva Bridge is remarkably unremarkable. A straightforward viaduct for cars and trucks, the gently curving bridge straddles a river, a valley, a rail line, and foothills. The bridge stretches 634 meters, or 2,080 feet, and stands 180 feet above the ground at its highest point. Like many highway projects around the world, it has been engineered to span great distances and stand strong—feats that have become so normal they’re expected as the status quo. But unlike most large-scale building projects, this bridge has been designed and constructed without any drawings.

Construction blueprints, the two-dimensional drawings that detail how contractors turn designs into a finished project, were completely eliminated. When it opens to traffic next month near the city of Honefoss, about 31 miles northwest of Oslo, the bridge will be the longest ever constructed without 2D drawings.

This feat was made possible by a new approach to designing and constructing projects. Using one highly detailed digital three-dimensional model this approach is saving time and money on what can be expensive, slow, and complex building projects.

Known as building information modeling, or BIM, this process removes what had become a problem-plagued step in construction. For the past decade or so, with the advancement of digital-design software, most big construction projects have been designed digitally as 3D models. Once complete, these models would get turned into large sets of 2D drawings that contractors and suppliers used to plot out the step-by-step construction process. Any issue encountered during construction would require changes made to the digital model and the creation of new construction drawings—changes that are as common as they are expensive.