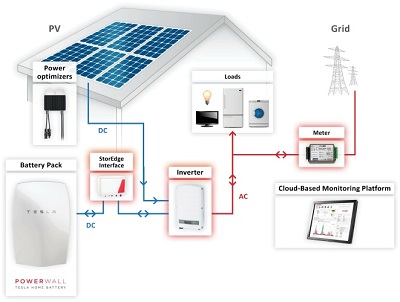 Tesla is ending its partnership with Home Depot and will remove its branded kiosks from as many as 800 of the home improvement chain’s U.S. stores by the end of the year.

The move is sudden reversal for Tesla, which has spent the past six months trying to expand its presence in Home Depot stores.

The Tesla-branded kiosks were designed to educate consumers and ultimately generate sales of its residential rooftop solar panels and Powerwall, a battery it designed for homes that store the energy generated by solar panels. In February, Tesla said it was setting up the kiosks in more than 600 stores and had plans to be in as many as 800.

A Home Depot spokesman said Tesla was in 800 stores. Home Depot has 2,200 locations in the U.S.

A Tesla spokesman confirmed that the kiosks would be phased out through the end of the year. The home energy products will be moved to Tesla’s retail locations. The automaker has 300 retail locations worldwide.

It’s unclear how long Tesla has been preparing to make this move. However, insight from Tesla employees, who noted the company had recently hired new employees for its home energy team, suggests it was an abrupt decision.

Tesla told employees who work in the company’s home energy department that it would not renew its residential sales agreement with Home Depot during a brief all-hands conference call Tuesday morning, according to a Tesla employee who asked not to be named.