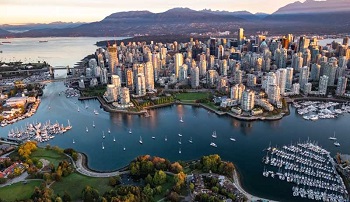 As reported in The Globe and Mail, when developer Hani Lammam looked recently at buying three houses together in East Vancouver for redevelopment into an apartment building, the first question he had was whether the people living in them were owners or tenants.

They were owners. So Mr. Lammam, executive vice-president of Cressey Development Group, kept moving forward with the potential deal.

Vancouver-area developers say they are making similar calculations as city councils are requiring increasingly higher compensation for tenants if a redevelopment – no matter how many new units are added or how reasonable the future rent – is going to displace existing renters.

In Vancouver, several projects have teetered close to being rejected altogether by city council, while others get waved off long before any councillor knows about them.

“It’s one of the first questions from us when someone comes in with an idea: Are there tenants on site and do you know what are the new requirements,” said Dan Garrison, Vancouver’s assistant director of housing policy. “We don’t have numbers, but we are definitely noticing changes.”

If developers needed any more warning signs, a recent controversial proposal in the city’s typically more affordable Marpole area – which proposed to replace an old 43-unit building where some rents were as low as $1,000 a month with a new one of 91 units – was approved by only a 5-4 vote.

That happened after the owner went way past new city requirements to ensure that a housing relocator would find affordable units for low-income tenants moving out, as well as providing up to two years worth of rent for long-term tenants. The owner added a last-minute offer that tenants who wanted to return to the new building would be able to rent at 40 per cent below the market rate. (The city requires only a 20-per-cent discount.)