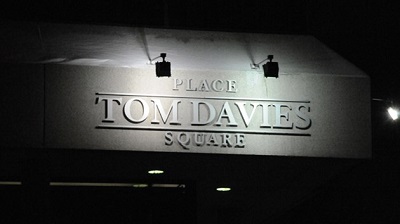 City council approved the criteria for the request for proposals for the $100 million arena/events centre Tuesday, but one councillor is unhappy with the potential bidders in the running to design and build the facility.

Ward 1 Coun. Mark Signoretti, a strong opponent of building the facility on the Kingsway instead of downtown Sudbury, said he couldn’t understand why a company linked to Sudbury Wolves owner Dario Zulich is being allowed to bid on the work.

Tesc Contracting, which includes Zulich and wife Julie as directors, is one of three companies that pre-qualified last year to bid on the design and construction of the arena. The arena will be built on land Zulich is transferring to the city.

Signoretti said he found it too “coincidental” that Zulich owns the Wolves, the land where the arena is being built and potentially the company that will build the facility.

Tesc qualified in a combined bid with Ball Construction. The other two companies that qualified are EllisDon Corporation and PCL Constructors Canada Inc.

Signoretti provided his council colleagues and members of the media with corporate reports showing the Zuliches were directors of Tesc.

“For me, I find it a little too close to the situation,” Signoretti said at Tuesday’s council meeting. “Isn’t that a conflict of interest? The owner of the Sudbury Wolves being on the shortlist?”

“It’s our understanding there is no conflict of interest,” said David Shelsted, the project director for the arena project.

He referred the question to city clerk Eric Labelle, who said that just because a company does business with the city doesn’t mean they are prevented from bidding on other work the city tenders.

The important thing is that all companies have a level playing field when it comes to bidding on work.