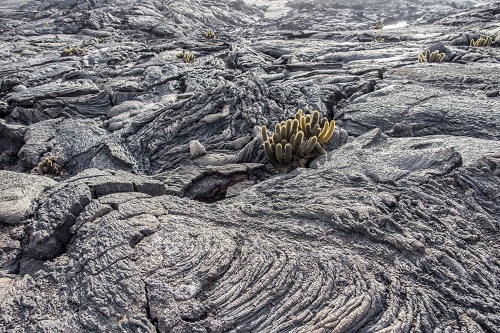 The notoriously large carbon footprint of cement production is a prime target for researchers looking to chip away at the problem of climate change, and we’ve seen how this could involve all kinds of tweaks to the recipe. Scientists at Stanford University have demonstrated yet another one that substitutes troublesome limestone in Portland cement with zero-carbon volcanic rock, which might just help reinforce the finished product.

Limestone is a key ingredient in the production of Portland cement, but for this the rock needs to be extracted from the Earth, crushed up and then baked at extremely high temperatures together with other materials. This process itself generates more than a third of concrete production’s carbon emissions, but limestone’s environmental problems don’t end there.

In addition to the vast amounts of energy involved in mining, processing and heating the limestone, the rock also releases its stored carbon as it undergoes treatment and is turned into clinker – small lumps that are then ground down into cement powder. This carbon would otherwise remain locked away for hundreds of millions of years, and its release is another major contributor to the overall carbon footprint of concrete production.

Led by Tiziana Vanorio, associate professor of geophysics, the Stanford scientists have been working on an alternative. The team’s prototype cement does away with limestone entirely and instead uses volcanic rock, which can also be used to create clinker that in turn can be mixed with hot water to produce cement. While this would still involve the same energy-intensive procedure, the volcanic rock doesn’t contain any carbon that would be released as part of the process.