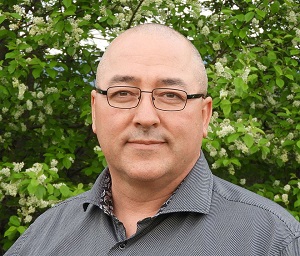 As reported in the Spruce Grove Examiner, Michael Brown is now officially one of the world’s best safety consultants.

The Spruce Grove resident was nominated for the World Safety Organization’s Safety Person of the Year award earlier this year. He has spent over a decade consulting on safety as well as heavy equipment issues and initially worked in construction until a chance for employment with the Ontario government changed his path in life. He became a government inspector until 2012 and returned to Spruce Grove in 2013.

Since then he has worked with the Apex One Management Group. His job has taken him to small and large businesses where he has educated and presented to workers on the risks within their varied industries.

Brown did not think he would win the award and says it was amazing to be told so on Aug. 9.

“I did not know I had a chance,” he said. “The fact that I am the first Canadian to win is so humbling.”

Brown said he was eyeing more speaking engagements around the world in earlier reports surrounding his nomination for the honour. He noted he wants to go to the Middle East, but will always call Alberta home and will work hard for those who want to spend a day without injury and go home to their families.

“I consistently find 60 to 70 per cent of my audiences know someone hurt or killed on the job,” Brown said in May. “We have robust legislation here, but still, that many people shows that we need to do better.”

Statistics from the Alberta government on the issue show 134 workers died in 2017. This is down from 144 in 2016. Brown says this can be better and, if possible, he intends to help on larger projects in the future.

“I may be expanding to bigger opportunities and scopes of work,” he said. “Not sure what will happen yet.”

Industry peers say they will be in good hands with whatever Brown does.