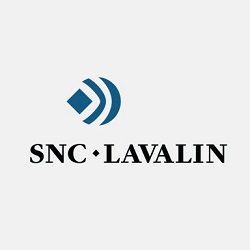 MONTREAL, May 22, 2018 /CNW Telbec/ – SNC-Lavalin (TSX: SNC) announces that it has, subject to required court approvals, reached a settlement agreement in relation to class actions in Quebec and Ontario filed in 2012 on behalf of security holders (collectively, the “Actions”). The Actions were brought pursuant to the secondary market civil liability provisions in various Canadian securities statutes.

The Company has contributed $88M to a settlement of both class actions.

In 2012, the Company initiated a series of significant changes and enhancements to reinforce its ethics and compliance procedures company-wide. These enhancements include, but not limited to, external validation of the ethics and compliance program by an independent compliance Monitor, who reports directly to the World Bank. Its program is now considered by external third-parties to be proactive, robust and a benchmark in the engineering services and construction industry.

The Class action lawsuit settlement is another step in resolving our legacy issues and de-risking the future of SNC-Lavalin, along with signing an administrative agreement with Public Works and Government Services Canada under the federal government’s new Integrity Regime in 2015, reaching an agreement with the Commissioner of Canada Elections and with the Ordre des ingénieurs du Québec in 2016, and reaching a fair and final settlement with Quebec’s Voluntary Reimbursement Program in 2017.

Founded in 1911, SNC-Lavalin is a global fully integrated professional services and project management company and a major player in the ownership of infrastructure. From offices around the world, SNC-Lavalin’s employees are proud to build what matters. Our teams provide comprehensive end-to-end project solutions – including capital investment, consulting, design, engineering, construction, sustaining capital and operations and maintenance – to clients across oil and gas, mining and metallurgy, infrastructure, clean power, nuclear and EDPM (engineering design and project management). On July 3, 2017, SNC-Lavalin acquired Atkins, one of the world’s most respected design, engineering and project management consultancies, which has been integrated into our sectors. www.snclavalin.com