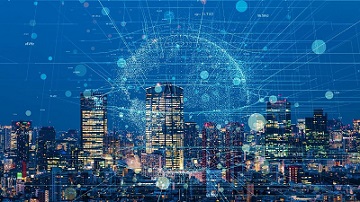 As reported in the Daily Beast, more than a million New Yorkers could soon willingly agree to carry a government-issued tracking device, whether they realize it or not.

That’s the proposal from Mayor Bill de Blasio, who having recently returned from the cornfield-dotted campaign trail in Iowa, is setting his sights on transforming New York City into something out of a dystopian sci-fi novel. But some critics are urging caution about the move.

The fuss is about a tiny RFID chip that the mayor wants to embed into each and every municipal ID card for New York residents as part of the “IDNYC” program.

The latest proposal might seem modest, but the reality is that it potentially puts hundreds of thousands of us at greater risk of identity theft, stalking, and (for undocumented New Yorkers) deportation. And sadly it’s part of the global trend towards so-called “smart cities”—a series of high-tech undertakings that claim to improve municipal efficiency at the modest price of stripping us of our privacy and autonomy.

It’d be a dubious trade-off if the technology delivered, but increasingly we see that these systems take more than we feared while delivering far less than we were promised.

Smart cities proponents claim that by integrating the internet of things, artificial intelligence, and networks of sensors that we can make our children smarter, our commutes faster, and even save lives. The outlandish claims don’t end there. Smart cities are heralded as the solution to everything from the opioid crisis to de facto school segregation. Perhaps the most outlandish claim yet is that knock-off RoboCops will even prevent crimes before they even happen.

Keep reading on the Daily Beast