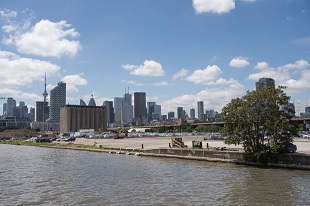 Sidewalk Labs and Waterfront Toronto are getting closer to an agreement to go ahead with a high-tech community on valuable lakefront property at a much smaller scale than the Google sister company asked for in June.

The discussions are focused on a development that is similar in size to the one Waterfront Toronto first envisioned, set on a 12-acre site at the foot of Parliament Street, according to four sources familiar with the situation. The sources were granted confidentiality because they were not authorized to speak publicly about the negotiations.

Two of the sources said the negotiations are moving toward an agreement containing terms that include strong guarantees for the privacy of those in that community, and allow a greater ability for Canadian entities to profit from its innovations.

The board of Waterfront Toronto, an agency of all three levels of government that is charged with reimagining the city’s slice of Lake Ontario shoreline, is expected to vote Thursday morning on the plan. Sidewalk, however, still could walk away from the project.

Waterfront first awarded Sidewalk the right to plan the site, called Quayside, two years ago. The Alphabet Inc. subsidiary positioned its proposal as a world-leading digital-first community, laced with new technologies and sensors to learn about city living to spur further innovation.

When Sidewalk finally published its draft master plan for the project in June, however, it instead asked to help plan and implement technology at a site 16 times that size. Intellectual-property experts said its proposals to monetize the community’s innovations left Canadian companies and taxpayers with too little opportunity to take advantage. A number of critics and politicians balked at the plan.