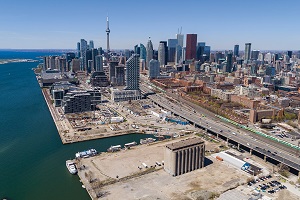 Google’s Sidewalk Labs unit secured conditional approval to move forward in the process to build a smart city in Toronto after agreeing to develop a smaller area than initially proposed and make concessions on data collection and privacy, the city’s waterfront development board said on Thursday.

The directors of Waterfront Toronto met to consider “alignment on critical issues” between Waterfront and Sidewalk Labs on the company’s proposal to build a futuristic urban development project along Toronto’s water front.

The approval means the project will go through a formal evaluation and further public consultation before a final vote on March 31, 2020 by Waterfront Toronto, a corporation funded by the city, provincial and federal governments. Sidewalk agreed to decrease the initial development to 12 acres, after outlining a development of 190 acres in June. It also agreed to scrap a proposed “Urban Data Trust,” which many critics warned had the potential to compromise the privacy of individuals’ data.

Sidewalk had also wanted to be the sole developer of the area, but they have now agreed to partner with “one or more real estate developers” that would be chosen through a “customary” competitive public procurement process led by Waterfront.

“While a final Board decision whether or not to proceed has yet to be made, we are pleased that we are now able to move to the evaluation stage,” Stephen Diamond, chair of the Waterfront Toronto board of directors, said in a statement.

Keep reading in the Toronto Sun