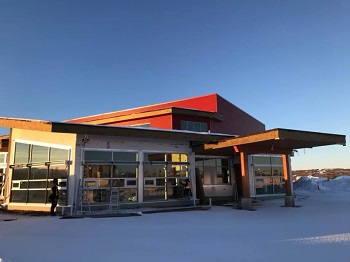 The School District 60 Board of Education claims it was unaware that it would be on the hook for nearly $200,000 worth of sanitary sewer construction when it bought land to build the new Margaret ‘Ma’ Murray Community School.

The board has filed suit against Peace Holdings Inc. in B.C. Supreme Court, seeking $196,920 in damages for breach of contract, as well as other damages and costs for misrepresentation of the property.

According to its claim, the board bought the land along the West Bypass Road for $2.82 million in March 2015. However, it alleges it received a tax bill from the City of Fort St. John in May 2016 noting the land was subject to local area service charges to cover the cost of the design and construction of sanitary sewer works in and around the property. The work and charges amount to $11,583.50 a year until 2033.

Schools are exempt from paying property taxes, but are not exempt from any fees or charges for service levied by a municipality, according to the province. That includes local area service capital projects, such as sewer installations or road improvements, in which the city recoups it borrowing costs for the work through agreements with property owners.

Board Chair Erin Evans declined to comment on the lawsuit.

Peace Holdings has yet to file a response. In a statement, the company says it has had a good working relationship with the school district.