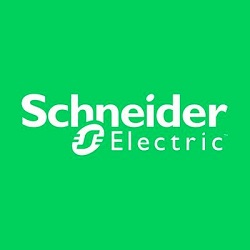 Mississauga, Ont. – December 12, 2017 – Schneider Electric, the leader in digital transformation of energy management and automation, has committed to sourcing 100 per cent renewable electricity and is throwing light on the doubling of its energy productivity.

Schneider Electric strongly believes it cannot go renewable without ensuring optimization of its energy system first. Today’s commitments are yet another step-in the company’s journey to becoming carbon neutral by 2030. Aligned with these commitments, Schneider Electric has decided to join two global, collaborative initiatives, led by The Climate Group, bringing together influential businesses committed to accelerating climate action:

Schneider Electric strives to answer the world’s new energy challenge by boosting energy efficiency everywhere: in homes, buildings and cities, industry, the grid, and throughout remote community. In a world more decarbonized, more digitized, more decentralized, energy use needs to be more productive. In order to deliver on its new promises and its sustained energy efficiency efforts, Schneider Electric will leverage its own technical solutions – EcoStruxure Power and EcoStruxure Grid. Using these solutions, the Group has been able to reduce its energy consumption by 10 per cent every three years for the past 10 years. More specifically, Schneider Electric has reduced consumption by six per cent between 2008 and 2017 at its headquarters in France, The Hive.

These commitments will cover more than 1,000 electricity consuming sites around the globe, including 200 factories. Schneider Electric will leverage a broad range of renewable energy sources, including but not limited to solar, wind, geothermal and biomass.

“We are in a new world of energy that is becoming more electric, more decarbonized, more decentralized, and more digital. Our mission at Schneider Electric is to supply the technologies that permit, drive and catalyze the transition to a new world of energy. The commitments we have made today in joining RE100 and EP100 to source 100 per cent renewable electricity and reflect on the doubling of our energy productivity are a demonstration of how consumers and business can be empowered to ensure the affordability, resilience, sustainability, and security of the energy that they consume,” says Emmanuel Lagarrigue, Chief Strategy Officer and Executive Vice President at Schneider Electric.

“Already a leader in the energy space, joining RE100 and EP100 represents a smart business decision for Schneider Electric. These commitments will help the company to deliver on its wider climate ambition to become carbon neutral by 2030. Doubling energy productivity will help it to use energy as economically as possible while making the transition to renewables, which are themselves cost-competitive in many markets. I welcome the powerful signal Schneider Electric is sending to peers, investors and governments, to accelerate the transition to a zero-emissions economy,” says Helen Clarkson, Chief Executive Officer at The Climate Group.

At COP21 in Paris in 2015, Schneider Electric announced 10 Commitments for Sustainability. The commitments were aligned with the Planet & Society Barometer, Schneider Electric’s sustainability scorecard to measure its ambitious commitment to sustainable development on a quarterly basis and contribute to the UN Sustainable Development Goals. These commitments support the company’s objectives to make its plants and sites carbon neutral by 2030, in a coherent industry ecosystem encompassing both suppliers and clients.

In addition, to become a carbon neutral company by 2030, recent initiatives from Schneider Electric include:

With global presence in over 100 countries, Schneider is the undisputable leader in Power Management – Medium Voltage, Low Voltage and Secure Power, and in Automation Systems. We provide integrated efficiency solutions, combining energy, automation and software.

In our global Ecosystem, we collaborate with the largest Partner, Integrator and Developer Community on our Open Platform to deliver real-time control and operational efficiency.

We believe that great people and partners make Schneider a great company and that our commitment to Innovation, Diversity and Sustainability ensures that Life Is On everywhere, for everyone and at every moment.

Led by The Climate Group in partnership with CDP, RE100 is a collaborative initiative uniting the world’s most influential businesses committed to 100 per cent renewable power. Renewables are a smart business decision, providing greater control over energy costs and driving innovation, while helping companies to deliver on emission reduction goals. RE100 members, including Global Fortune 500 companies, have a total revenue of more than US$2.5 trillion and operate in a diverse range of sectors – from Information Technology to automobile manufacturing. Together, they represent 155TWh of demand for renewable electricity annually – enough to power Ukraine, Malaysia or New York State. They send a powerful signal to policymakers and investors to accelerate the transition to a low carbon economy.

Led by The Climate Group in partnership with the Alliance to Save Energy, EP100 is a global, collaborative initiative of influential businesses that pledge to double their energy productivity. By doubling the economic output from every unit of energy consumed, companies set a bold target, demonstrating climate leadership while reaping the benefits of lower energy costs. Business accounts for around half of the electricity used worldwide. By focusing on energy productivity outcomes, corporates can reduce their own energy demand and significantly contribute to reducing energy demand globally. Furthermore, significantly improving energy productivity worldwide will help get us halfway to the goal of limiting global warming to well below 2 degrees Celsius. It’s critical that businesses lead the way. By doubling energy productivity, corporations are also enhancing their resilience and boosting competitiveness, all while reducing greenhouse gas emissions, creating jobs, and improving energy security.