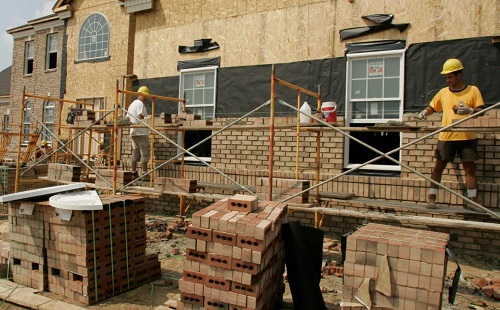 The Saskatchewan Construction Association says new provincial legislation aimed at ensuring contractors and subcontractors are paid in a timely manner leaves out the tradespeople most vulnerable to slow payments.

Minister of Justice Don Morgan told CBC that the government didn’t intend for the prompt payment amendment to the Builders Lien Act, passed in the spring of 2019, to apply to the residential sector.

“We said right from the beginning we knew it was problematic for home builders and we were inclined to give an exemption right from the outset,” Morgan said.

Mark Cooper, the president of the Saskatchewan Construction Association (SCA), said the province is making a mistake by planning to exempt parts of the construction industry like the residential and mining sectors.

“Any exemption falls short of the standard that we should be seeking in this law,” Cooper said.

He said the law should apply equally to everyone.

Last week, CBC told the story of Jason Merkl, who said he had $175,000 in liens placed on his home by subcontractors despite the fact he had paid his general contractor, Harmony Builders, the full amount of the build, around $500,000.

In a post on CBC’s Facebook page, the SCA wrote “this is exactly why we have been pushing so hard for prompt payment legislation to be put in place for Saskatchewan. This will ensure all contractors and suppliers are paid for work completed in a timely manner.”

The legislation was passed more than a year ago, but it’s still not in force because government and industry are continuing to consult on regulations. A Ministry of Justice spokesperson said the new law should be in force early next year.

Right now, the timing of payments in the construction industry is unregulated in Saskatchewan. It’s not uncommon for contractors to have to wait 60 to 90 days or even longer to get paid.

In addition, the province is introducing a new dispute resolution process which a government news release says should “reduce the number of payment delay cases that end up in court.”

However, at this point the government says none of these provisions would apply to the residential sector.