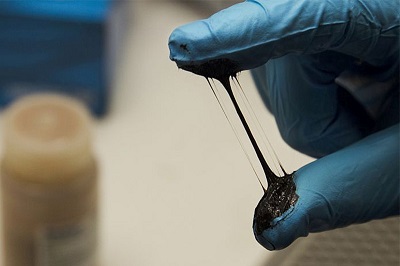 Roadway material innovations that could save infrastructure repair costs

‘Tis the season of the pothole—and a myriad of other problems to do with road infrastructure. Winter brings out the worst in pavement: Once water penetrates surface cracks, it expands as ice in freezing temperatures, weakening and displacing the surrounding asphalt. After thawing, the affected area remains a void for repeated water infiltration and freeze-thaw damage, eventually leading to larger cracks and potholes. According to the American Society of Civil Engineers’ (ASCE’s) “2017 Infrastructure Report Card,” U.S. roadways are suffering from these effects—so badly, in fact, the ASCE gave roadways a D-rating. “One out of every five miles of highway pavement is in poor condition and our roads have a significant and increasing backlog of rehabilitation needs,” the report reads. “After years of decline, traffic fatalities increased by 7 percent from 2014 to 2015, with 35,092 people dying on America’s roads.”

As a clear threat to public safely, these statistics beg the question—why aren’t roads being adequately repaired? The ASCE discloses that the federal government has been chronically underfunding highway maintenance, with a backlog today of $836 billion required for satisfactory upkeep. Thanks to the new GOP tax bill, an even more impoverished U.S. Treasury will likely exacerbate this funding backlog.

Material scientists are stepping in to help. A collection of new technologies promises to replace conventional bitumen with self-healing asphalt. For example, scientists at the Delft University of Technology in the Netherlands have created such a material by infusing asphalt with electrically conductive fibers and fillers in the configuration of closed-loop circuits. When a current is introduced near a crack, the heat generated within the circuits melts the bitumen and seals it. Similarly, researchers from ETH Zurich and the Swiss research organization Empa developed an approach in which they inject iron oxide nanoparticles into surface cracks. Once this patch material is exposed to an alternating magnetic field, the surrounding asphalt softens and heals itself—a process that only requires a few seconds per patch.