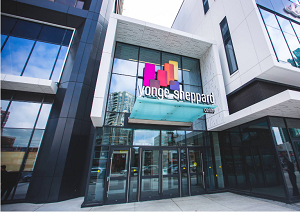 September 26, 2019 (Toronto) – With the redevelopment of Yonge Sheppard Centre complete, RioCan invites the community to celebrate with a block party at the Centre on Thursday, October 17.

#OurBlockParty celebrates the completion of an extensive revitalization project to modernize Yonge Sheppard Centre. The property, which spans an entire city-block, was originally built in the 1970’s and was one of Toronto’s first mixed-use centres.

#OurBlockParty, emceed by Toronto radio and TV personality Shem Parkinson allows the community to make the event truly their own via a series of interactive, social polls. Do you like your food sweet or savory? Do you prefer bands or a DJ? Would you rather retailers offer discounts or giveaways? The results of these polls will curate #OurBlockParty at Yonge Sheppard Centre with food, music, entertainment, workshops, retail promotions and giveaways all designed to celebrate the new space and reflect the desires of this unique community.

“The extensive redevelopment of Yonge Sheppard Centre was largely informed by the prominent role the property has played in the community over the past 40 plus years,” says Jonathan Gitlin, President and Chief Operating Officer, RioCan. “As we prepare to unveil the redevelopment it was fitting to ask the community for their input in curating and customizing #OurBlockParty.”

As part of the festivities, Sangita Patel, entertainment reporter on Global Television’s ET Canada and the host of HGTV Canada’s Home To Win, will moderate a marquee panel discussion. The panel will feature lifestyle, food, and beauty influencers Torri Webster and Elanna McGowan, alongside Canadian restaurateur and co-owner of FLOCK Rotisserie + Greens, Cory Vitiello. A custom art installation, designed in tandem with local students from Cardinal Carter Catholic School, will also be unveiled on the 17th. 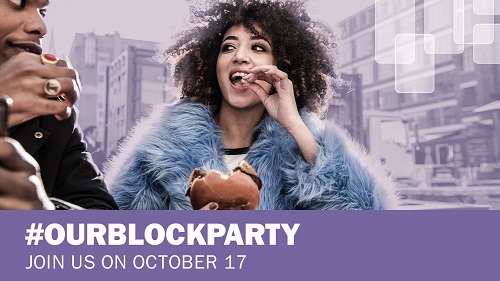 Over $300 million was invested in redeveloping the Centre, which included a 100,000 sq. ft. addition over two levels, improved street level experiences along Yonge Street and Sheppard Avenue, and updated facades of the adjoining two office towers.

New tenants provide a focus on food and wellness, with Longo’s and LA Fitness as well as FLOCK Rotisserie + Greens, iQ, Blaze Pizza and a fully refreshed and expanded food court. Cactus Club Cafe will open in 2020 and will solidify Yonge Sheppard Centre’s positioning as an urban mixed-use destination. The redevelopment also includes the introduction of new daycare space and a city-operated family resource centre.

A 36-storey, residential rental tower known as PivotTM is currently under construction and will deliver 361 new residential units once complete. The topping-off of the building will coincide with October’s celebration of Yonge Sheppard Centre.  Rental residential leasing is expected to commence in Fall 2020 and, similar to other RioCan LivingTM buildings, Pivot occupants will enjoy the benefits of professional management, communal amenities designed to cater to the building demographics, and the vast retail and service options at their doorstop.

The fully revitalized property will serve as the hub of this important and rapidly growing Toronto neighbourhood.  With direct access to intersecting subway lines and with 401,000 sq. ft. of office, 299,000 sq. ft. of retail, and 258,000 sq. ft. of residential rental space, Yonge Sheppard Centre is an example of RioCan’s growing portfolio of dynamic mixed-use urban assets.

“Yonge Sheppard Centre has always been a model for how mixed-use communities can operate. We were focused on enhancing the spirit of the community and opening up the centre so that it is more accessible and perfectly suited to fulfill its role as a gathering place in North Toronto, “ says Gitlin. “We look forward to celebrating this achievement with everyone on October 17th.”