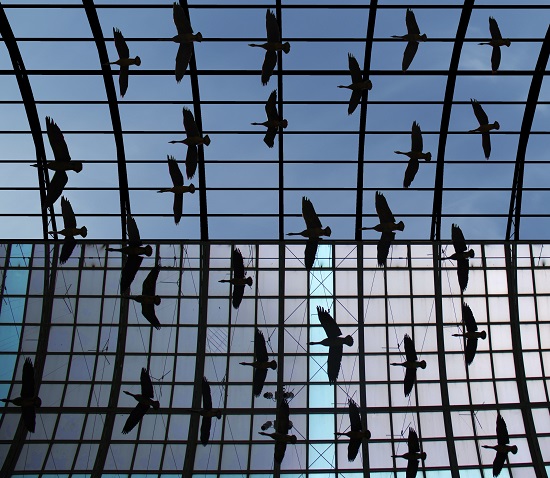 Cadillac Fairview (CF) is pleased to announce its latest endeavour in the ongoing evolution of its flagship retail asset, CF Toronto Eaton Centre, with a $60 million refurbishment of its galleria skylight roof. The existing glass will be replaced with the latest materials and technologies to improve energy efficiency while maintaining its classic design aesthetic.

“At Cadillac Fairview we are proud to continually invest in our properties to deliver a world-class shopping experience,” said Wayne Barwise, Executive Vice President, Development, Cadillac Fairview. “The galleria’s original design was inspired by the Galleria Vittorio Emanuele II in Italy and has served as a distinguishing feature of the mall since the centre’s opening in 1977.  As custodians of this unique architectural element, our priority is to ensure the integrity of its design as we significantly enhance its functional performance.”

The refurbishment will involve Zeidler Architecture Inc. and Read Jones Christoffersen consulting engineers, with construction overseen by EllisDon Corporation. The project will be carried out in two phases, starting with the south end of the mall (Queen Street to Centre Court) in mid-January 2022 and work on the north end commencing in March 2023.

“As the original architects of the galleria, we’re honoured to play a continuing role in one of the city’s most iconic buildings. This revitalization will ensure the skylight roof is fit-for-purpose and sustainable in the long term, all while retaining its original architectural splendor,” said David Collins, Partner at Zeidler Architecture Inc.

CF Toronto Eaton Centre is the largest urban shopping centre in North America, bringing people together through its diverse retail mix, one of a kind experiences, and integration of arts and culture. The shopping centre’s beloved “Flight Stop” art installation, which depicts sixty Canada geese mid-flight and has come to serve as a visual identity for the centre, will be temporarily and carefully removed by an art restoration company for professional maintenance and placed in safe storage until re-installation.

CF will also be investing $17 million to improve shoppers’ movement and accessibility with the addition of three new staircases in the South Court and Urban Eatery, improvements to elevators, and the installation of a larger cab in an existing elevator to better accommodate strollers and mobility scooters. The enhancements will facilitate convenient connections, while creating a more welcoming environment throughout the property.

Since 2010 Cadillac Fairview has invested more than $1.6 billion in CF Toronto Eaton Centre, including the redevelopment of the Queen Street pedestrian bridge, the purchase of the Hudson Bay Centre block and 401 Bay Street; the buyback of the Sears space and its redevelopment to accommodate Nordstrom, as well as the creation of the BMO Urban Campus opening in 2022, to name only a few of the revitalization projects undertaken.

Cadillac Fairview (CF) is a globally focused owner, operator, investor, and developer of best-in-class real estate across retail, office, residential, industrial and mixed-use asset classes. Wholly owned by the Ontario Teachers’ Pension Plan, CF manages in excess of $35 billion of assets across the Americas and the United Kingdom, with further expansion planned into Europe and Asia.