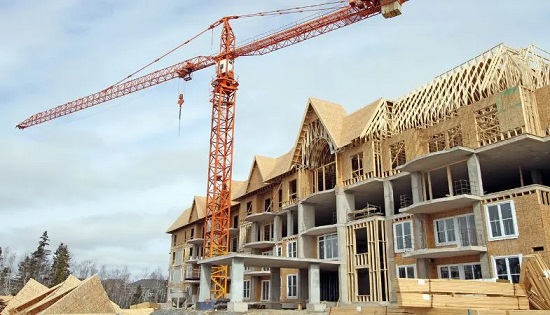 Inventory levels in major Canadian housing markets have been dwindling over the past decade, with active listings in July running below the 10-year average in almost all markets surveyed based on Canadian Real Estate Association data and insights from the RE/MAX network. This, despite softer overall real estate activity, according to the 2022 Housing Inventory Report released by RE/MAX Canada.

The RE/MAX Canada Housing Inventory Report examined active listings in July from 2013 to 2022 in eight Canadian centres—Greater Vancouver, Calgary, Winnipeg, Hamilton-Burlington, the Greater Toronto Area, Ottawa, Montreal (CMA) and Halifax-Dartmouth—and found inventory levels have fallen short of the 10-year average in seven of those markets in 2022. Double-digit declines are noted in Halifax-Dartmouth (65.5 per cent below the 10-year average); Ottawa (down by almost 42 per cent); Montreal (down 40 per cent from the nine-year average); Calgary (running 26 per cent below average inventory levels); Winnipeg (down 23 per cent), and Greater Vancouver (down 16 per cent). The housing inventory shortage was less-pronounced in the Greater Toronto Area, where it was down almost seven per cent from the 10-year average. Hamilton-Burlington was the only market to buck the trend, reporting a nominal 3.2-per-cent increase over the 10-year average.

“Supply was far more robust in the early 2000s in centres such as Greater Vancouver, the Greater Toronto Area and Hamilton-Burlington,” according to Christopher Alexander, President, RE/MAX Canada. “That stability lent itself to healthy sales and price appreciation year-over-year and provided an anchor for the Canadian housing market during the Great Recession. Population growth and household formation have played a significant role in depleting inventory levels from coast to coast over the most recent decade, triggering chronic housing shortages in large urban centres that resulted in mini ‘boom’ and ‘bust’ cycles. If we don’t move now to build more housing in the current lull, it’s expected that this same scenario will continue to resurface over and over again.”

According to Statistics Canada, the nation has seen significant double-digit population growth between 2006 and 2021, and that is poised to increase further with Canada’s commitment to welcome 1.2 million immigrants into the country between 2021 and 2023, combined with growth in new international students. The strategy is aimed at propelling economic growth and reducing labour shortages. However, in the context of the housing stock shortage, the increase in newcomers combined with new household formation overall is expected to intensify the inventory shortfall further, especially in the major urban markets of Vancouver and Toronto.

Inventory remains key to the overall health of Canadian housing markets—affordable, accessible housing depends on supply. A recent report from Canada Mortgage and Housing Corp. (CMHC) concluded that the country needs to build 3.5 million new homes by 2030 to tackle the affordability issue, yet Canada is averaging only 200,000 to 300,000 new units per year.

“The truth of the matter is that we probably need more than the CMHC estimate to create the desired level of affordability,” says Alexander. “During this window of softer demand, building efforts should be ramped up, not down. The offshoot effect is straining rental markets and contributing to ever-rising levels of homelessness throughout the country.”

Population growth is not the only variable exacerbating the inventory challenge. New housing starts and purpose-built rentals continue to fall short. The potential housing supply issue threatens to push even more buyers into the rental pool, which itself is under pressure, as evidenced by rising prices. The result is the possibility of even fewer listings of homes for sale, as some of the rental stock that comes on stream actually pulls from the stock of existing dwellings already in short supply.  Meanwhile, a number of factors have emerged to create a perfect storm impacting available housing now and in the future, including inflation and rising interest rates, increased global supply chain interruptions, swelling construction costs and a serious shortage of trades labour, to high land acquisition costs and slow municipal approval processes.

“Current market realities have upended the economic viability of many developments, causing new residential projects to be cancelled or put on hold indefinitely,” says Elton Ash, Executive Vice President, RE/MAX Canada. “The feasibility of many new or planned housing starts is now in question, but the ones that already had smaller margins—affordable housing and starter homes—are at the top of the chopping block. If we’re already experiencing an inventory crisis, what will the consequences be when demand rebounds?”

Developer pullback is evident in light of softening demand in the short term combined with current economic and market realities. CMHC noted a decrease in the seasonally adjusted annual rate of housing starts in Canada’s urban areas in July of 2022, driven by lower starts in the single-detached category. Stronger declines in multi-unit residential starts were registered in Vancouver, while a substantial slow-down occurred in both multi-unit and detached residential starts in Montreal. Yet, the trend is perhaps most pronounced in the country’s largest housing market—Greater Toronto. According to the Q2-2022 Condominium Market Survey by real estate research firm Urbanation, approximately 35,000 new condo units were anticipated to launch for pre-construction sale in the GTA in 2022. In the first half of the year, close to 16,000 units launched. With less than 10,000 units expected during the remainder of 2022, it’s estimated that at least 10,000 new units will be put on the shelf.

“The phenomenon of scrapped or paused development projects is a serious concern, and various stakeholders are taking stock and assessing future impacts,” says Alexander. “The challenge is that we need a new development and growth strategy that is geared toward the long-term outlook. There simply isn’t enough stock to keep pace with demand now, and the need for housing is intensifying with population growth. Although demand is currently softer that we’ve seen in the last two years, it is expected to rebound, and our market is not prepared for when that happens. We’re seeing fewer housing starts at a time when we should be getting ready for the next inevitable upswing.”

Purpose-built rentals, new-home construction and policies that support and accelerate residential building activity (including factors such as zoning, development fees and levies, approval processes, government partnerships, interest-free loans and incentives) are paramount to avert a deepening of the inventory crunch impacting Canadian housing markets. Without action, affordability will, without question, move further out of reach. A sustainable strategy is needed with an implementation plan that is fast-tracked.

“The trouble is that housing development is a slow process, and experience tells us the only thing slower might be government processes,” says Alexander. “Removing barriers and cutting red tape is necessary. A crisis is looming, but the outcome is not cast in stone. There is a short runway to reverse course before the impacts become very real for Canadian homebuyers and renters.”