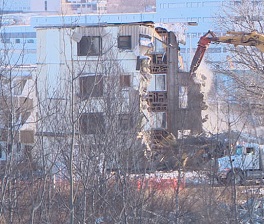 It could take up to a year to approve the final version of Halifax’s ambitious Centre Plan and that timeline is expected to delay anticipated construction at Dartmouth’s Shannon Park.

The Centre Plan is a new set of rules that will guide development of the city’s urban core, defined as peninsular Halifax and parts of Dartmouth, for years to come.

There are six future potential redevelopment sites tied to the proposal: Penhorn Mall, Mic Mac Mall and Shannon Park in Dartmouth, as well as the Mumford/Halifax Shopping Centre area, a Young Street ‘superblock’ and land along Joseph Howe Drive.

Shannon Park, a former military community, is currently the only site with a proposed concept plan.

Chris Millier, the director of real estate with Canada Lands, a federal Crown corporation responsible for overseeing the redevelopment of Shannon Park, had hoped that engineering work could take place in 2018. That would have allowed construction to begin in 2019, including the laying of pipes and building of roads.

But everything hinges on the adoption of the Centre Plan and the approval of the site’s concept designs.