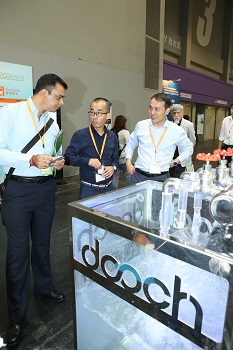 Key facts and figures from the 2017 edition:

Asian countries, according to an annual ranking of the top 40 renewable energy markets worldwide in 2016, represented the most attractive investment marketplace, with China and India leading the way. Apart from renewable energy, the Asia-Pacific region is also the fastest growing waste-to-energy market in the world and is set to be worth USD40 billion by 2023.

The 19th National Congress of the Communist Party of China outlined its policy of a “new model of modernisation” with a commitment to double up its efforts in green development. It aims to boost the manufacturing output of environmental protection equipment to over USD150 billion by the end of the decade.

New subsidy programmes have been launched by the Environment Protection Department of Hong Kong. The programmes have earmarked more than USD2.5 million under the Recycling Fund to trigger further development in the local recycling sector due to new measures in reforming the import of recyclables in China.

“This is our second time at the show after a successful debut last year. We managed to sign new contracts and found new distributors in Indonesia and Taiwan from the last edition. Eco Expo Asia is one of the exhibitions where we can reach the largest population of interested people within the region. It is definitely one of the leading green shows. In this edition, we met government officials from Hong Kong and China, and visitors from Singapore, Dubai and India who are willing to invest. The business at the booth has been very busy and I am certainly interested in returning again next year.”
Mr Jean-Michel Deckers, CEO, SMIXIN SA, (Switzerland)

“The fair is very international and I have found some interesting products related to water filtering. There are most likely a number of cooperation opportunities between my company and some of the exhibitors.”
Mr Li Guang Xia, APO2 Air Purification (The Chinese mainland)

The Government of the Hong Kong Special Administrative Region