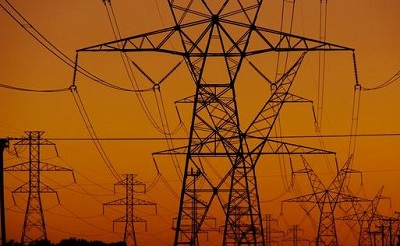 MONTRÉAL, Dec. 21, 2017 /CNW Telbec/ – The Québec government has granted the authorizations needed to carry out the Québec–New Hampshire interconnection project, which calls for the construction of a 320-kV direct-current transmission line about 80 km long that will be extended into the U.S. to connect Des Cantons substation in Val-Joli to Franklin substation in southern New Hampshire.

“Today marks a major milestone, adding one more key authorization to those that have already been granted on both sides of the border, and moving us closer to proceed with the Québec–New Hampshire and Northern Pass Transmission projects,” said Éric Martel, President and Chief Executive Officer of Hydro-Québec. “I would like to thank our community partners, with whom we’ve been working closely, as well as the Québec government, which has supported us in our initiatives to grow our exports.”

The  Québec–New Hampshire project as approved involves burying a section of the line in the Forêt Hereford area. The cost will be entirely financed by Hydro-Québec through electricity export revenues, which means that the extra cost of undergrounding part of the line will have no impact on electricity rates in Québec.

This power transmission project is also in keeping with government priorities, in particular the 2030 Energy Policy, in that it will allow Hydro-Québec to increase its interconnection capacity with neighboring U.S. states and thus boost its exports at a time when several of these markets have set ambitious GHG emission reduction targets. Hydro-Québec’s exports contribute to avoiding greenhouse gas emissions in our surrounding markets by displacing generation from thermal power plants.

A historic opportunity in Massachusetts
The Québec–New Hampshire interconnection and Northern Pass Transmission (NPT) line together make up one of the three power transmission projects which were among the options proposed by Hydro-Québec and its U.S. partners in response to Massachusetts’ request for proposals for the supply of a large volume—9.45 TWh—of clean, reliable energy. Announcement of the winning bid is expected on January 25, 2018. If the NPT project is chosen by Massachusetts, line construction will begin in 2018, with commissioning slated for 2020. It should be noted that the U.S. proponent of the NPT project, Eversource Energy, has already obtained its presidential permit.