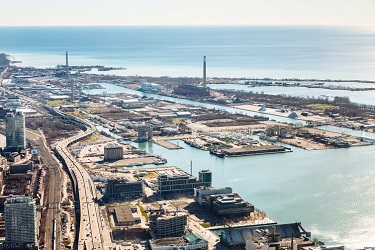 On May 3, six months into what was initially billed as a year-long public consultation process, Sidewalk Toronto held only its second public meeting on its smart city Quayside development plans.

The proposed Quayside community was supposed to be a global showcase for what a smart city, “built from the internet up,” would look like.

But by all accounts, the latest meeting did little to clarify crucial issues, such as how Sidewalk Labs, the Google sister company partnering with the Waterfront Toronto tri-governmental agency on this project, would make its money. Most crucially for a project that is all about data collection and implies ubiquitous surveillance, their data governance plans remain unclear.

More to the point, negotiations between Sidewalk Labs and Waterfront Toronto remain shrouded in secrecy, and in the absence of a clearly structured true consultation, it’s becoming increasingly difficult to believe Sidewalk Toronto’s Dan Doctoroff and Will Fleissig’s commitment to work with“the city and the local community” in “co-creating” Quayside.

Rather, the process resembles a public relations campaign, a suspicion not allayed by Sidewalk Toronto’s public engagement plan’s inclusion of consultative measures such as a “YMCA-Sidewalk Toronto Summer Kids Camp” for nine-to-12-year-olds.

For such a forward-thinking, data-driven project, Sidewalk Toronto’s consultation process is very last century. This became clear to us during interviews we recently conducted with Brazilian internet and knowledge experts.

In 2009, Brazilians were thinking about how to regulate the internet to address issues such as net neutrality and privacy rights. Like data governance today, these important issues generally were not well-understood, and were of great interest to economically influential officials.

The consultation process they came up with in response to this situation both demonstrates the inadequacy of the Quayside process and offers a better way forward.

So what did they do?