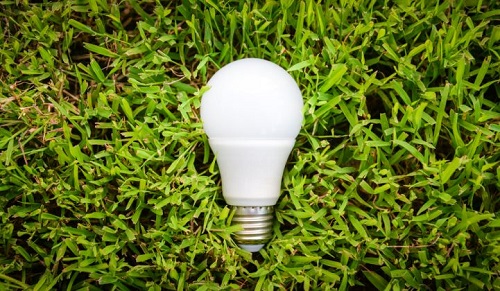 The push for making more sustainable LEDs with reusable materials

The rise of LED lightbulbs has been driven in large part by their environmental credentials, and rightly so. LEDs consume a fraction of the power used by traditional incandescent bulbs and have exceptional longevity, lasting up to 25,000 hours.

However, while only constituting around 2 percent of the overall environmental impact of an LED’s lifecycle, the manufacturing and recycling phases are becoming increasingly important considerations for LED manufacturers. The trend is being driven in part by corporate social responsibility and marketing, but there are also more pragmatic reasons to consider the whole lifecycle of LEDs — the most obvious is in cost savings through using recycled material.

One notable area where manufacturers can drive significant eco-improvements is in their selection of substrate, a choice that can allow for improvements at both ends of the product’s lifecycle.

Over the past few years, growing emphasis has been placed on the production of goods under the circular economy model. The aim of the circular economy is to develop products that have the smallest environmental impact possible, by keeping them in use for as long as possible and then recovering and reusing the materials at the end of life. This is in contrast to the more traditional “linear economy” model where a product is manufactured, used and disposed of, more often than not in landfill.

Over the next few years, billions of LED products are going to reach the end of their useful life. As this happens, the LED industry will need to adopt a multi-pronged approach to sustainability if it wants to maintain its image as an environmentally friendly technology.