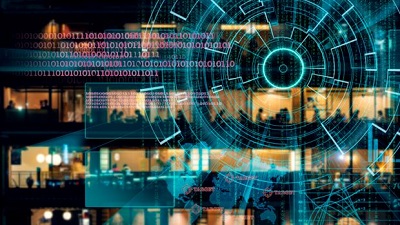 As bogged on RICS.org, the best way to defend a city used to be by building a wall around it. But with property and infrastructure becoming increasingly connected through the technology such as the Internet of Things, we must be wary of digital attacks, not physical ones.

Smart street lights sense and manage traffic for maximum efficiency. Meanwhile, tiny sensors monitor the health of buildings and critical infrastructure, directing maintenance teams wherever they are needed, and usually before they’re needed. And smart recycling bins even report back in real time on how full they are, allowing waste disposal services to collect only when it’s worth doing so.

Yes, the smart city of the future is a wonderful place to live. That is, until the systems controlling everything are hacked and the entire city is shut down.

That’s the promise and threat of any smart, connected technology: easy data collection and analysis promise cost savings and environmental efficiencies, but also introduce security concerns that can’t be ignored.

A history of hacking

Indeed, such attacks are already common. In January 2017, hackers targeted police surveillance cameras in Washington DC, leaving them unable to record in the days ahead of the presidential inauguration. A few months later, all 156 of Dallas’ severe storm warning alarms were triggered by hackers, sending sirens blaring across the city. In May 2017, one-third of the UK’s NHS hospital trusts were crippled by the WannaCry ransomware attack, which was not even targeting the British healthcare system, but had spread via out-of-date computer software.

In 2016, hackers locked down San Francisco’s Municipal Transportion Agency with ransomware, offering free travel to all passengers. Back in 2015, a cyber attack left half of homes in Ukraine without electricity.

No wonder, then, that Cyber Resilient Infrastructure – a 2016 report from consultancy Atkins – found that 60% of business leaders lack confidence that critical national infrastructure can withstand cyber attacks. Seven in 10 respondents felt the advantage lies with hackers, not defenders, while many do not believe that supply chains are secure from attack.

That becomes problematic, as the connectivity of our buildings and cities increases. Research by US lobby group the National League of Cities published in October 2017 suggests two-thirds of American cities are already investing in smart tech for operations or services. Researcher Gartner predicts that half of urban citizens will be sharing their data with smart city systems by 2019. This is all necessary as urbanisation continues – the UN says 60% of the world’s population will live in cities by 2030.

Keep reading this blog on RICS.org