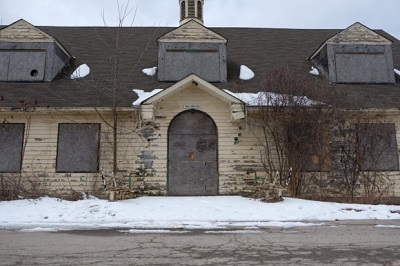 A non-profit project is set to restore four historic war buildings that sat empty in the city’s south end for decades.

The buildings south of Parkwood Hospital made up a village for World War II veterans to recuperate. The proposal will see them refurbished into the city’s first environmental and sustainability centre.

The estimated $6 million project is a partnership between Thames Talbot Land Trust and ReForest London.

The London Health Sciences Centre (LHSC) currently owns the 14-acre site that will be transformed into a place for Londoners to connect with nature and the city’s history, said Dean Sheppard, executive director of ReForest London.

“We want to build a centre that … offers programming around environmental learning and sustainable issues so we can help Londoners engage with those issues and change behaviours and we’ll build a more sustainable city,” he said.

“There will be lots of opportunities to keep reminding people of the site and work with local veterans and military veterans to figure out how the story will be told.”

After two years of discussion, the two non-profits announced this week that the project was still in its early stages.