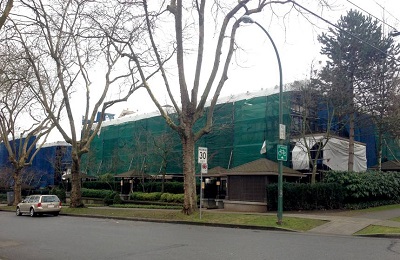 Are you prepared for the upcoming Stucco-Pocalypse?

Stucco is wonderful stuff, and has been used for thousands of years in hot, dry countries; Roman stucco is still visible in Pompeii. Stucco is also cheap; in Vancouver, British Columbia, it was used on thousands of condos built in the nineties, where it caused the Leaky Condo Crisis. A major public inquiry concluded that the crisis caused “a litany of horrific experiences, personal tragedies, and dashed dreams” endured by homeowners. It hasn’t gone away either; there are still thousands of units that need repair.

Usually, people who write about such things as building science are dry and technical, but then there is Joseph Lstiburek of Building Science Corporation. He looks at the problem of using stucco on wood, which is still being done. He says we are heading for another stucco-pocalypse.