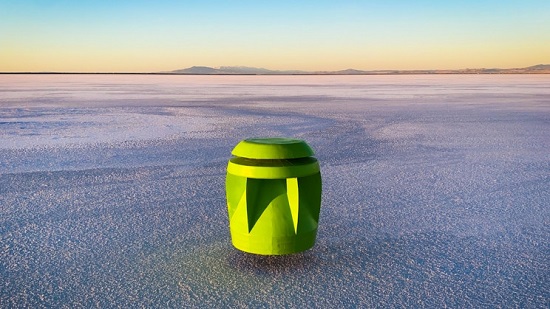 Portable Wind Turbines Could Soon Light Up Our City Spaces

A Salt Lake City-based startup, Halcium, is working on the Powerpod, a technology it has dubbed the “safest, most powerful wind turbine in the world.”

The Powerpod is cheaper than solar panels and more efficient in places that get less than 300 days of sun a year, Nick Hodges, the company’s founder, explained to Euronews.

When developing their portable wind turbine, Halcium wanted to create a machine that fits seamlessly into the urban space and wouldn’t be criticized as an eyesore — as is often the case with regular wind turbines in the countryside.

The company developed a portable machine that resembles a dustbin, in form and size. The Powerpod can sit on any stable surface in order to generate electricity, meaning that, in theory, it could become as ubiquitous as the dustbin in cities.