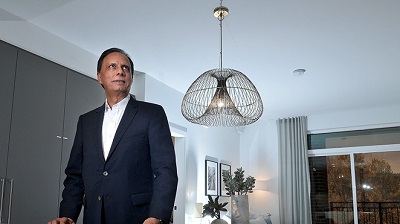 As blogged on Business in Vancouver, the developer of a condo project in Port Moody says he’s overwhelmed by the response to a program that will allow 30 prospective owners to roll the rent they’ll pay on their new units for two years towards the unit’s purchase price.

Kush Panatch, president of Richmond-based Panatch Group, which is building the project — 358 residential units in two six-storey buildings — at 50 Electronic Ave., said more than 500 applicants have expressed interest in the rent-to-own program that is available to first-time home buyers who already live or work in Port Moody since it was launched in late January.

Panatch said his family-owned company wanted to make a positive impact in the community for its first Port Moody project, and while refining its proposal for approval by city council, it kept hearing about the frustrations young people in the city are having pulling together enough savings for a down payment in the Lower Mainland’s hyperactive real estate market.

“The housing challenge is very real,” Panatch said, adding while his company’s rent-to-own program isn’t a total fix, it may form part of the solution.

Christian Fracchia, a 24-year-old IT administrator with a Vancouver animation studio, said the rent-to-own program could make his dream of putting down roots in the city where he grew up more realistic.

Currently renting an apartment with a roommate in Moody Centre, Fracchia said home ownership has been a goal of his for a couple of years, instilled in him by his dad’s teachings about financial responsibility. But even as he manages to save a quarter of his paycheque, he said the goalpost of accumulating a downpayment always seems to be moving further downfield.

He said if he’s selected in the lottery that will be employed to determine the successful 30 applicants for the Electronic Avenue project, he’ll not only be able to build his nest egg while he’s living in his new unit, it’s also a motivator to ramp up his savings strategy for a downpayment even higher.

Keep reading this blog on Business in Vancouver