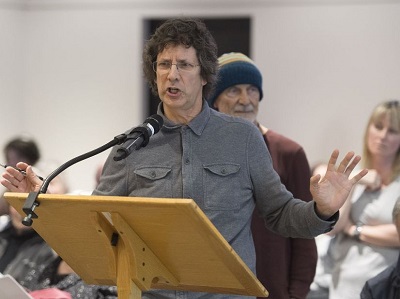 As reported in the Montreal Gazette, after a raucous five-hour meeting Thursday night at Pointe-Claire city hall, the city’s demolition committee approved plans to build a luxury condo project on the site of the shuttered Pioneer bar — a contentious densification project that critics argued will negatively alter the character of the historic Pointe-Claire Village.

The committee’s decision, delivered after midnight, drew jeers from a crowd of about 100 citizens who packed the city hall chambers to plead with the demo committee to reject the project on grounds it represents an abomination of the city’s own stated objectives to preserve the village’s unique heritage and character, as laid out in both the Village Code guidelines and special planning program for the iconic area.

Despite dozens of citizens who spoke passionately against the project and the city’s improvised plans to build 27 more parking spaces on Lanthier Ave. to compensate for the loss of a municipal lot — which the city conditionally sold to the developer as part of the condo project — the demolition committee rendered its decision in favour of developer Greg Koegl, whose grand project “Le Charlebois” — named after the original 1901 hotel building — will cater to a new clientele of empty-nesters and snowbirds.

The decision left opponents of the condo project dejected that their objections had failed to convince the three-person demo committee — councillors Eric Stork, Brent Cowan and Paul Bissonnette — to reject the mixed-use project that will see 15 condos and four ground-floor commercial units built on the footprint of the old Pioneer bar and adjacent  parking lot. The committee also ruled that a fourth-floor “terrasse” would not be allowed.