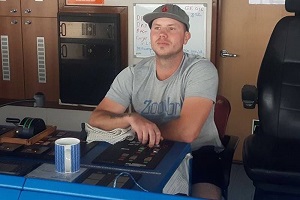 P.E.I. man in coma after fall at construction site

As reported in The Guardian, a headfirst plummet onto concrete at a construction site last week has left an Emerald man battling for his life.

Ryan Mahar, 32, fell roughly 20 feet while working to build a warehouse in the Elmsdale area on Sept. 4, his parents Dale and Lori Maher told The Guardian on Wednesday.

The Workers Compensation Board of P.E.I. confirms occupational health and safety officers were called by RCMP to the scene of an accident on that day in that area.

“We are in the process of investigating the accident and as such are unable to provide further comment,’’ says a spokeswoman.

Dale and Lori say they have received scant detail on the accident.

They were told by Ryan’s boss that Ryan was hoisting rafters on a windy day, but that the strength of winds was within standards to carry out such work.

Dale says his son went straight into a coma after striking the pavement.

A CT scan performed at Prince County Hospital in Summerside, he adds, revealed the skull had been severely fractured.

Ryan, a father of three, was taken by ambulance to a hospital in Moncton, where he remains in a coma with his partner Cassy Noonan by his side.

Dale says doctors have not given a prognosis.

He is trying to remain positive and hopeful.

Dale says his son seemed to have found his calling in construction work.

Ryan had worked in mussel fishing for several years and later spent time working on large carrier ships. Neither job was overly appealing to him.

He started into construction work just two months ago – and seemed hooked from the start.