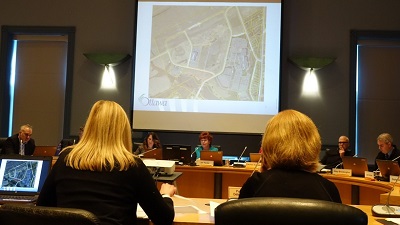 Ottawa will have a 15-member planning advisory committee with more residents, developers

The City of Ottawa will have a 15-member planning advisory committee, significantly expanding the membership from a previous proposal that overwhelmingly favoured city hall’s inner circle.

Politicians will be joined by development experts and regular citizens on the new committee, which is being forced by the province under amendments to the Planning Act.

One noteworthy change from the city’s original proposal: the mayor won’t have a seat at the advisory committee table.

The membership was clearly tilted in city hall’s favour, only giving a small voice to regular residents. On top of that, no one from the development industry was being invited to be part of the advisory committee.

Council shelved the proposal that month, and again last March, to allow more time to determine who should be on the advisory committee. Council gave itself until the end of December 2017 to finalize the membership.

This month, council rubber-stamped the terms of reference for the refreshed structure of the advisory committee, more than doubling the size of the group from the first proposal.