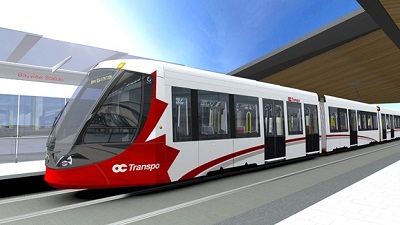 Ottawa Mayor Jim Watson vowed Wednesday to make it his top priority to protect taxpayers from the growing cost of the LRT delay, threatening to withhold payments and, if necessary, go to court to recoup the city’s losses.

That’s a delay of more than five months from the original May 24 handover, and means the network won’t open to passengers until late November at the earliest.

On Wednesday city officials shared a series of documents that reveal more about the financial strain that wait is placing on the city. The documents include memos from various elected officials and senior staff, as well as two letters from RTG dated Nov. 24 and Feb. 5

The city already knew LRT-related detours are costing at least $1.9 million dollars a month, but the memos reveal the city will also incur extra costs to keep buses running, monitor construction sites and cover the general strain on the transit system because of the delay, according to city manager Steve Kanellakos.

The city doesn’t expect to have a final tally of the cost of the delay until after the Confederation Line launches.

“It is the city’s position that RTG needs to cover our costs,” Kanellakos wrote, adding this will likely mean lengthy negotiations and some disputes with RTG.

Watson told reporters Wednesday that he believes the city is in a good position to negotiate with RTG because the city can withhold any number of payments from the contractor if necessary.