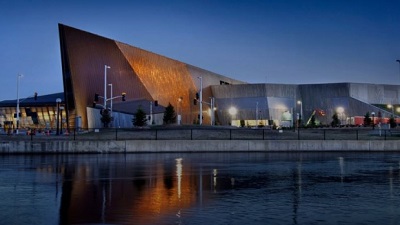 With Quebec’s order of architects pushing for a provincial architecture policy, an Ottawa architect is calling on the federal government to set goals for the whole country.

“It’s not so much just about ugly buildings, but really about what does the built environment say about us as a people?” Toon Dreessen told CBC Radio’s Ottawa Morning.

The City of Gatineau is one of dozens of municipalities lining up to support the push for a policy in Quebec, but Dreessen said the landscape on Ottawa’s side of the river could also benefit from a framework. He cited as an example the acrimonious debate about the site of the Ottawa Hospital’s new Civic campus.

“A national architecture policy that creates a framework for siting, for design, might have made that process much shorter,” said Dreessen. “We’d have policy objectives that we could test our designs against.”

Better quality buildings could be another result, Dreessen argued, because government decisions about new public buildings are too driven by price. Yet those cost-driven decisions don’t properly consider the long-term benefits of spending, he said, despite the success stories of past investments.