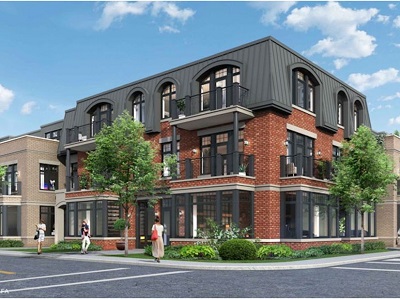 As reported in the Montreal Gazette, opponents of the Pioneer bar demolition wasted no time slamming the latest architectural designs of the condo replacement project unveiled by the city of Pointe-Claire.

New designs were needed after the city rejected the previous plans from developer Greg Koegl, who bought the rundown Pioneer and obtained a demolition permit from the city.

But the demolition has been placed on hold until a reutilization project has been approved by the city, which includes the sale of the adjacent municipal parking lot.

The demolition committee will decide the fate of the Pioneer condo project at a public meeting March 21 at city hall, but opponents are already gearing up for a battle with the city.

Tracy McBean, who is part of a citizens’ group strongly opposed to the condo project, said the newest designs are worst than the first set of plans many critics called incompatible with the architecture and character of an old village that dates back centuries.

“This is ridiculous,” McBean said of the new design which shows a three-storey building covered mostly with a red-brick exterior.

But Koegl argues the new plans are in keeping with the Pointe-Clare Village code that sets out stringent guidelines for commercial and residential development in the village.

Koegl maintains he revised the original plans and made significant concessions to gain the city’s approval.