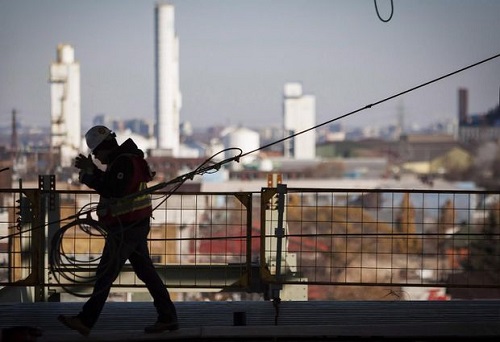 A labour union representing Ontario’s construction industry says its members won’t use the federal government’s new COVID-19 tracking app because it requires the use of smartphones, which are prohibited on job sites for safety reasons.

Instead, Joseph Mancinelli, the international vice-president of the Laborers’ International Union of North America (LiUNA), is urging the government to adopt a made-in-Ontario app that includes “wearables,” which feature technology that can be worn on a bracelet or carried in a wallet.

“Cellphones have been basically outlawed in the construction industry,” said Mr. Mancinelli, whose union represents 130,000 construction workers across Canada, 95,000 of them in Ontario.

“You are going to omit all of these construction workers – not only LiUNA – but the whole industry, which is hundreds and hundreds of thousands of workers right across the country. So I don’t get that.”

The federal government launched its smartphone app, called COVID Alert, on Friday. Its use is voluntary, and it is designed to warn users if they’ve been near someone who has tested positive for COVID-19.

Prime Minister Justin Trudeau said the more people sign up to use it, the better it will be able to trace – and help slow – the spread of the novel coronavirus.

But Mr. Mancinelli said his members – and likely their families – won’t be using it, suggesting it will have “limited success.” His union has partnered on a pilot project for an app called TraceSCAN, which began as an ecofriendly ridesharing app developed by Toronto-based Facedrive.