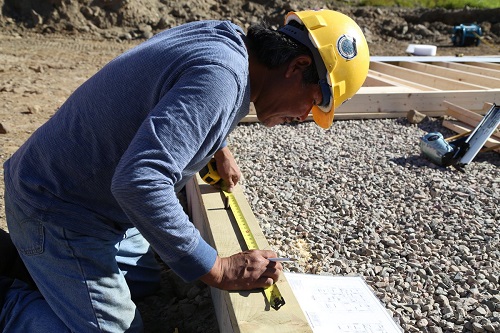 The Ontario government is investing more than $3.7 million to train 110 members of Treaty #3 First Nations communities for rewarding careers in construction. Through this investment, participants will gain the skills they need to start well-paying jobs twinning the TransCanada Highway 17 as construction craft workers, heavy equipment operators, general construction workers, and concrete workers. Some of these jobs pay as high as $44 an hour.

“Our province faces a severe shortage of skilled workers, with tens of thousands of jobs in construction going unfilled daily,” said Minister McNaughton. “Many of these jobs pay six figures, with pension and benefits. Today’s investment will give First Nations people in Northern Ontario the training and skills they need to open the door to these meaningful career opportunities, helping build better lives for themselves and their loved ones.”

This project will be of primary benefit to members of four Kenora area First Nations in Treaty 3 territory, represented by the Niiwin Wendaanimok communities. It will prioritize people who are unemployed, underemployed, or at risk of losing their jobs. The communities involved include Washagamis Bay First Nation, Shoal Lake 40 First Nation, Wauzhusk Onigum First Nation, and Niisaachewan Anishinaabe Nation.

“Our government is once again demonstrating its commitment to supporting the skilled trades while promoting inclusion and opportunities in Indigenous communities,” said Minister Rickford. “Today’s investments will help to further bridge the opportunity gap for Indigenous workers, their families, and their communities. This project will be a game changer for many of Kenora’s Indigenous peoples who can now look forward to a more prosperous, secure future.”

Large construction projects in the Kenora region often rely on the use of outside labour. This has left many First Nations people without the skills and work experience to qualify for these jobs when they are available in the area.

Today’s announcement will address this skills gap some First Nations members face by providing participants with a variety of free training programs, including secondary school upgrading, driver’s education, workplace safety and certification and skills training needed for the Highway 17 and other projects.